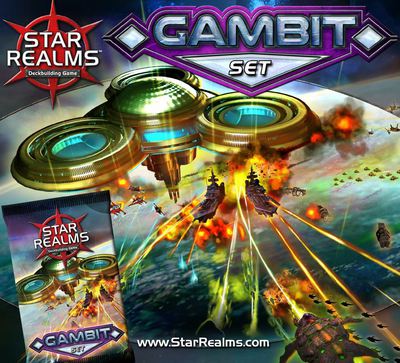 This first expansion to the Star Realms Deckbuilding Game was originally released as stretch goal rewards for the game’s Kickstarter campaign. It is now available for the first time to the general public. This set is not playable on its own. It must be combined with the Star Realms Deck Building Game.Features:This Star Realms expansion contains 20 new cards!2 Solo Challenge cards allowing for solitaire play.2 Cooperative Challenge cards, team up with your friends to defeat the Pirates of the Dark Star or the deadly Nemesis Beast!3 Merc Cruiser Ship cards that can act as an ally for any faction.13 Gambit cards that give players special abilities they can unleash during the game!